My Uncle Who Worked For a Toy Store

So I don’t think I’ve ever really talked about this but yeah, I had an uncle that worked for a toy store. Just short of working for Nintendo am I right?

It was actually the coolest thing ever. Since it was the 90s, he got away with bringing me tons of toys for free. Idk if they had defective packaging or something but he would always have toys for me. It was a lesser known company known as Funrise. They made a lot of generic toys, though I do believe they made some licensed stuff as well. Micro Machines, Power Rangers, Back to the Future, and a ton of others. But my favorite were things like animals, cars, and dinosaurs!

One of my favorites he used to bring home for me were the slime balls. I wish I could find a picture of them to share. They were just generic, slimy, sticky balls you’d throw at the walls and they’d roll down. They were see through with big flecks of glitter in them and had the consistency of the slime, slap hands. My sister and I used to take them outside and throw them against the side of the house. My dad hated it because they left grease spots on the walls.

One of the best things he ever did though was flex on my 6 year old birthday party. While I was opening gifts in the backyard with my guests, he comes in after arriving late and slaps down a trash bag full of toys. I don’t mean the normal bags, no, those big black ones meant for yard work, full to bursting. All of them were dinosaur and animals toys. Though by far the best part was this big volcano set. It came with a big, three tiered volcano and several trees. At the middle of the highest volcano was a button which when pressed, would make various dinosaur cries. It was so amazing. I admit I was a little spoiled as a kid, but luckily I was never a brat. I remember my friends weren’t too into the idea of playing with them even though I offered, so I told my uncle thanks and waited til I was alone later in the day to crack them all open. I remember it so vividly, playing with that volcano and all my dinos in the backyard all night while my dad cooked on the barbeque.

Another big thing he got me was my own mini, Digimon pinball machine. I wish I kept it so much, but it ended up braking after a lot of use and my dad said we’d get a new one but we both forgot. It was so cool just being able to play whenever I wanted.

Again, I know reading this I must come off like a spoiled brat haha, but I promise I never was. Well, minus those instances all kids are bound to have. I really loved my toys and I really appreciated everything my uncle gave to me. I played with them all and shared with my friends. Not only that, but because my uncle gave them to me, I have so many fond memories I can look back on. Playing with my toy cars and animals while he watched me. Both of us watching Ren and Stimpy while I imagined dinosaur fights in my head. Or when I’d take a bath with the working train set he got me and how afterwards it would never work as intended (though it still blew real steam from the top when it had batteries). Heck the noise that volcano made is engraved in my brain for the rest of time.

It was such a memorable experience for me as a kid and I can’t thank him enough for being so amazing. Not just for the toys of course but because I had so much fun with my uncle growing up. Good times. 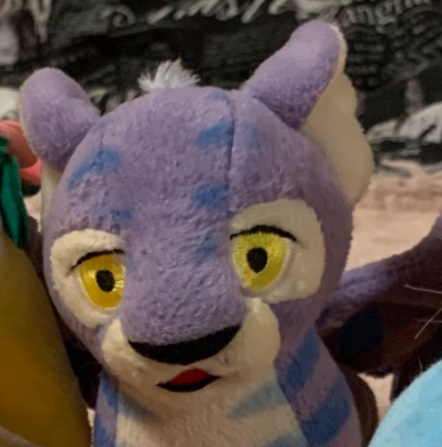