I feel like I can’t talk about Pokémon without talking about card shops. Though when I was a kid, I actually didn’t go to them a ton. I mostly found all of my Pokémon cards and merch just nearly everywhere. I don’t remember a store that wasn’t selling cards back then.

But there were two places close to my heart that did specialize in cards: Bases Cards and Comics and Funcoland. For starters, Funcoland was a chain of game and card stores. They would eventually be bought out by Gamestop, but before that they were an awesome, individual shop. It looked almost like a playplace from the outside, but inside it had the best deals on games and cards. We had one down the street when I was younger and I would go in whenever we went shopping at Target next door. I remember grabbing my first ever Pokémon deck there, Overgrowth. I spent hours looking over the new cards and playmat. It was also one of the few times my dad caved in and bought me cards.

But Bases, Bases was where it was at. It was and mostly still is the only comic and card shop within an hour of my city. It was the first time I was introduced to single cards being on display. I couldn’t believe my eyes. Cards I’ve never seen or heard of or seen before in my life. Japanese cards, promo cards, secret rares. I could have passed out then and there. Going to Bases was such a thrill back then. I could spend all day looking at the cards in the glass counter.

Bases is still around today. Sadly the owner left the business and now the shop no longer sells single cards like the used to. Something I hope will change when the virus is sorted. But they still carry cards to this day, albeit wildly over priced and in a new location. Still, at least I have fond memories of it and the now debunked Funcoland.

My Friend Melissa and Pokémon
February 21, 2021
In "Uncategorized" 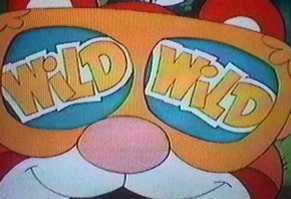